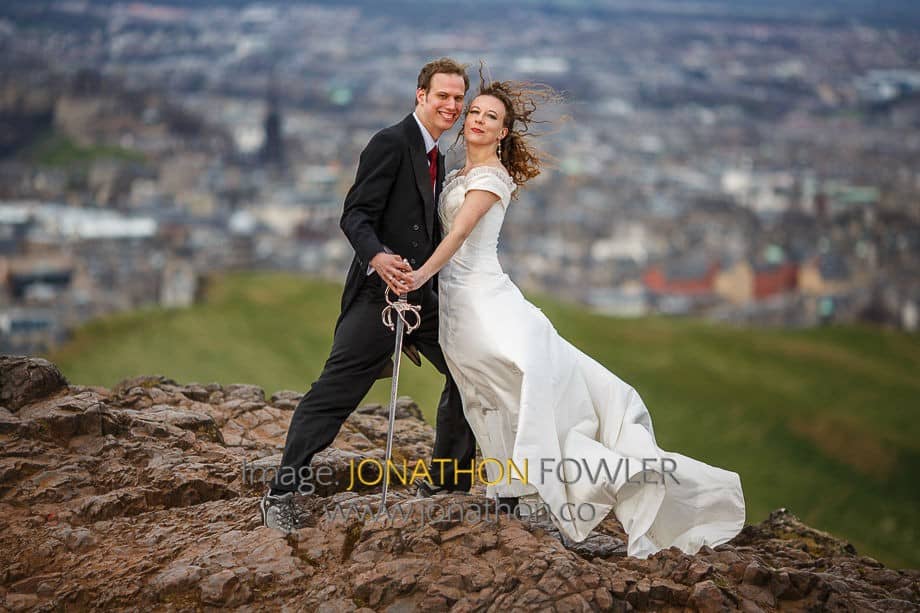 A ‘trash the dress’ shoot is a post-wedding photoshoot where we have more time to shoot photos of the bride and groom wearing their wedding clothes. It doesn’t have to involve trashing the dress, but it generally does involve a more dramatic photo session and getting the dress dirty!

Helen and Bram wanted dramatic and exciting photos and asked if we could shoot on and around Arthur’s Seat. Literally at the top of Arthur’s Seat! I leapt at the chance to create photos there. It’s one of Edinburgh’s most famous landmarks and not somewhere I’ve ever seen wedding photos were taken before (I’ve personally shot plenty of photos around the lower parts of Arthur’s Seat, but never 822 feet up at the top!).

Bram had presented an engraved sword as a gift to Helen during their wedding day. So the sword was brought along to use as a prop and add more drama to our photoshoot.

Our trash the dress photography session began at the ruined St Anthony’s Chapel. Then onward and upward, taking a couple of photos of Helen and Bram standing on top of rocks with east Edinburgh in the background.

Arthur’s Seat was quite busy with walkers, all of whom wanted to congratulate the newly-weds! We reached the summit of Arthur’s Seat. It was definitely the windiest I’ve ever experienced up there and certainly the windiest conditions I’ve experienced during a photoshoot! We got some really cool photos with Helen and Bram standing near to (not too close) the sheer drop, with Edinburgh Old Town in the distance. Very dramatic photos, exactly what we wanted. Then a few photos of Bram ‘helping’ Helen to climb the rocks to the summit. Plenty of photos were shot by bystanders, I reckon Helen and Bram were the most photographed couple in Scotland yesterday! 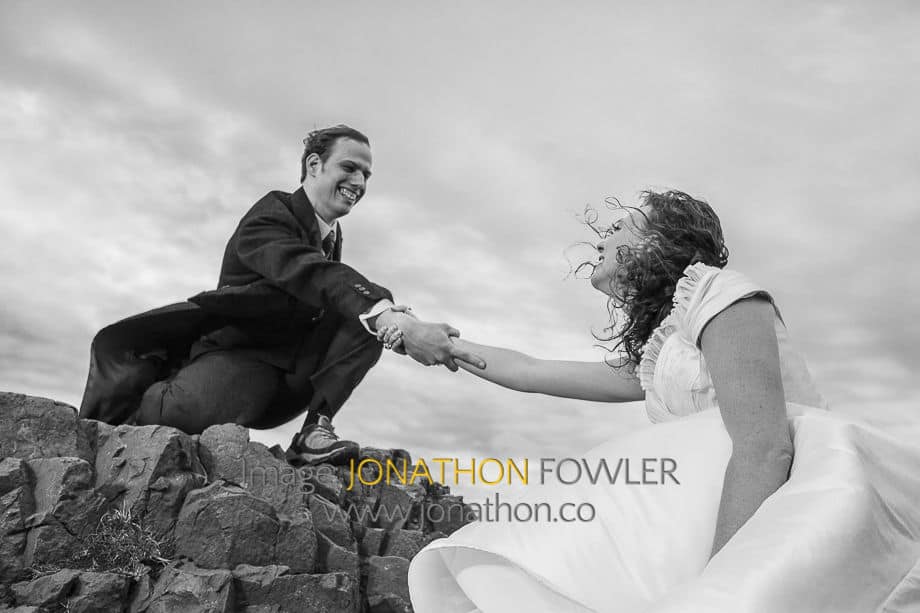 On the way back down the hill we took different routes. I went back down the route I had come up. Helen and Bram took a slightly different route. This allowed me to view Helen and Bram from the side, in profile and almost in silhouette, during their descent. Helen was great, holding the sword above her head and really getting into the photo session! 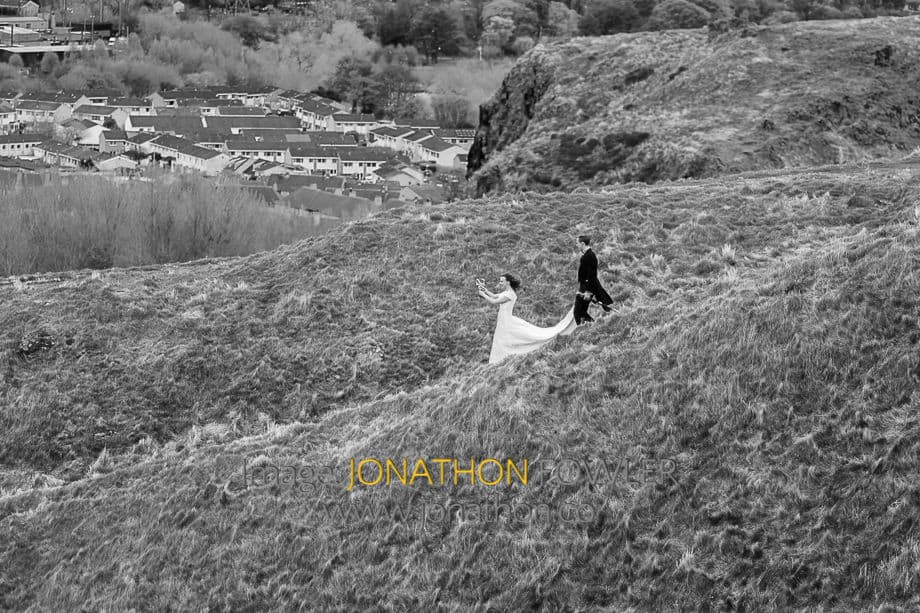 Our photoshoot ended in true ‘trash the dress’ style. Helen wanted a photo of her in the water at St Margaret’s Loch. It was a really cold wind and the water was also cold, so we discussed what we would do to ensure Helen wouldn’t be in the water for long. We created some extraordinary photos and the nearby swans were quite nosy, managing to get into the back of the photo. A nice end to a totally amazing and unique photo shoot. 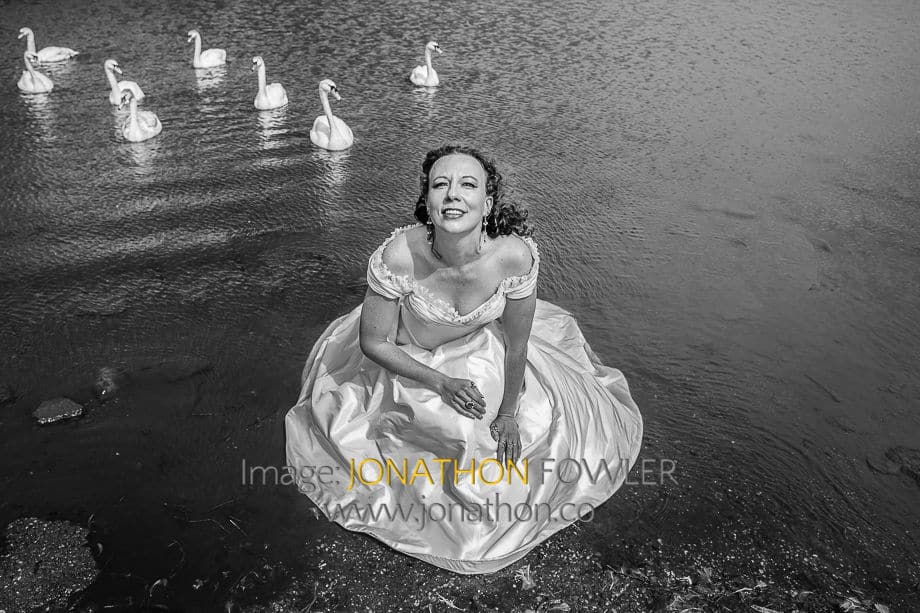