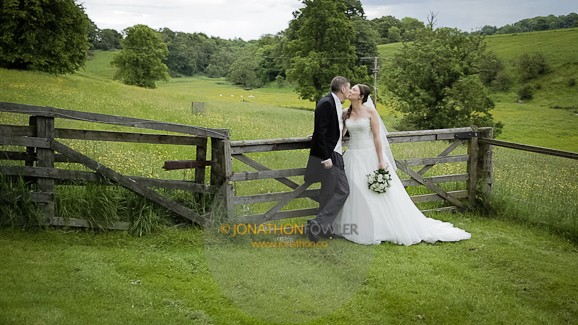 Another busy week ended with me being Susan and David’s Dalmahoy Hotel wedding videographer.

My day began with a quick blast up the M8 motorway to Wishaw. I was booked to film the Bridal Party preparations at Susan’s parent’s house. There was a great atmosphere as I filmed the preparations. Susan was looking forward to her big day and showing no sign of any nerves. A sure sign it’s going to be a great day!

Susan and David recently moved to Darwin, Australia, so it’s fair to say they’ve clocked up a decent number of air miles for their wedding day. After the recent miserable weather, it would have been a shame for it to have rained. Especially having flown halfway around the world to get here! However, we were fortunate that it stayed dry most of the day. What a result!

It’s so nice to be able to shoot photos and film outdoors. Particularly as the area surrounding Dalmahoy is a beautiful setting for a wedding day.

I filmed a wedding at Duns Castle last weekend. 50 guests all flying in from Washington D.C. It was such a shame that we had the worst June weather. It poured down all day, so it was a relief that we had much better weather for Susan and David’s Dalmahoy wedding day!

I left Susan and the girls to their preparations and champagne and headed back down the M8 to St. Mary’s Dalmahoy. This beautiful little church is located at the entrance of the Dalmahoy Estate. David arrived shortly after I’d filmed a few interior shots of the church. He’d been staying at Dalmahoy Hotel and Country Club the previous evening and didn’t look worse for wear. Quite good considering the huge range of whisky and other temptations on offer!

Susan looked beautiful as she arrived at Dalmahoy in a classic car. I filmed the wedding ceremony with two cameras. The first camera filming from the front of the church, the other from the rear. After a very pleasant wedding ceremony, the guests headed over to Dalmahoy Hotel for the champagne reception. The newly-weds stayed for a photo shoot in and around the grounds of the church. The greenery was a beautiful backdrop and I filmed some beautiful shots of Susan and David enjoying their first moments as newly-weds. I love this part of the day. Just keeping far enough back to allow the newly-weds to relax, but close enough to film beautiful romantic shots of the lovely couple within the grounds of this wonderful wedding venue.

Back over at the Dalmahoy Hotel, the remaining group photos were shot, followed by a receiving line, where the newly-weds greet their guests. Once the guests were seated, the newly-weds were piped into the spacious room to rapturous applause.

The speeches took place after the meal. These were good fun to watch and film. I love to capture the expressions on people’s faces as this part of the day can often show a wide range of emotions.

My day ended with filming the first few dances. The entertainment was provided by excellent wedding band Gangsters Of Groove. This part of the day was filmed with two cameras. The first camera filming the band, the second mounted on my Steadicam rig. The Steadicam enables me to walk around the edge of the dance floor filming beautiful cinematic shots of the proceedings.

I went home having had a brilliant day and lots of beautiful video of this wonderful occasion. Susan and David are a lovely couple and I am thankful they allowed me to film their wedding day.

Congratulations to the new Mr and Mrs!

I’d like to share a few photos which I’ve taken straight from Susan and David’s Dalmahoy Hotel wedding video.